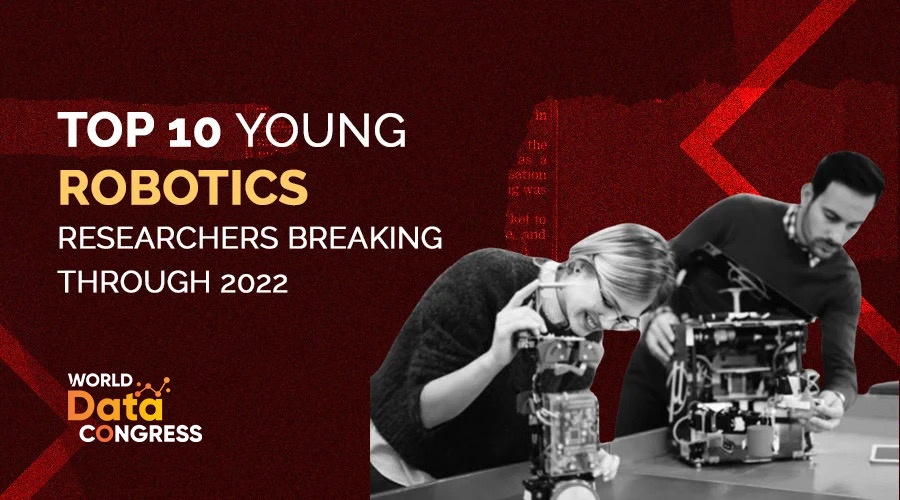 Young robotics researchers are innovating their way through the Tech Industry with Glory.

The future of the tech industry resides in the hands of Robotics and the youngest minds are the ones who are embracing it the most. With their new visions and ideals in mind, these young people are moving fast forward in the development of better robotic tools that have high potential. These robots range from small utilization to being part of some of the biggest projects in heavy industries. Here are the top 10 young robotics researchers who are breaking through 2022.

Nine-year-old Lucia Grisanti from Toms River won the K-5 division of NASA’s Lunabotics Junior Contest, a national competition that tasked K-12 students with designing a robot that can dig and move lunar soil from one area of the moon’s south pole to a holding container near a future Artemis Moonbase. Her robot was named after the home of Greek mythology’s Apollo and Artemis, which also are the names of NASA’s original and current lunar exploration programs.

Dieter Fox is a senior director of Robotics Research at Nvidia. Fox is also a professor in the department of computer science and engineering at the University of Washington. He is currently sharing his time between Nvidia and UW, while also leading the Robotics Research Lab in Seattle. Fox is the head of the UW Robotics and State Estimation Lab RSE-Lab. His research is in robotics, with strong connections to artificial intelligence, computer vision, and machine learning.

Joy Barua Lablu, a Bangladeshi youth has a mission to provide robotic hands at an affordable price to all those who are in need. Joy Barua has previously developed robotic hands that can do household chores or risky missions. In 2020, he aimed to develop bionic prosthetic hands for people with no limbs. After almost a year of research and experiments, Joy Barua initiated his first trial on an individual without a hand from Bandarban in September 2021, receiving immense success. Now he has over 200 orders, among which some are from India, Malaysia, and the US. He has already sent his first international order to Turkey.

The Internet is a treasure trove of information and yet the majority of us have not been able to crack the code of using it properly. But a young Aarav Garg seems to have got it right. Through self-learning via the internet, he is now an innovator, programmer, entrepreneur, writer, tech geek, and robotic expert. At the tender age of 10, this wonder boy built his first robot – the line follower, the kind that is used in the logistics space. And in six years, he has done it all — built over four to five robots – runs a YouTube channel, and has recently launched a digital magazine and technology app.

Pieter Abbeel, a University of California, Berkeley is a professor known for his novel work in the field of machine learning in robotics – including robots that can fold laundry. Abbeel, 33, assistant professor in the Department of Electrical Engineering and Computer Sciences, is being recognized for his research in algorithms that enable robots to learn new tasks. As a Ph.D. student, he developed the concept of “apprenticeship learning,” in which machines learn by first observing humans demonstrate the task. “For robots to be integrated into unstructured or changing environments, such as a typical human household, they must develop the ability to learn from human experts and to even teach themselves,” said Abbeel. With his algorithms, autonomous helicopters have learned how to perform complex aerobatic maneuvers, such as flips and auto-rotation landings.

A pioneer of social robotics and human-robot interaction, Cynthia Breazeal has made a career of conceptualizing and building robots with personalities. As a master’s student at MIT’s Humanoid Robotics Group, she created her first robot, an insectile machine named Hannibal that was designed for autonomous planetary exploration and funded by NASA. Some of the best-known robots Breazeal developed as a young researcher include Kismet, one of the first robots that could demonstrate social and emotional interactions with humans; Cog, a humanoid robot that could track faces and grasp objects; and Leonardo, described by the Institute of Electrical and Electronics Engineers in New Jersey as “one of the most sophisticated social robots ever built”.

Neural networks, sets of AI algorithms inspired by neurological processes that fire in the human cerebral cortex, form the ‘brains’ of self-driving cars. Dacheng Tao, a computer scientist at the University of Sydney, Australia, designs neural networks for computer vision tasks. He is also building models and algorithms that can process videos captured by moving cameras, such as those in self-driving cars. “Neural networks are very useful for modeling the world,” says Tao, director of the UBTECH Sydney Artificial Intelligence Centre, a partnership between the University of Sydney and global robotics company UBTECH. In 2017, Tao was awarded an Australian Laureate Fellowship for a five-year project that uses deep-learning techniques to improve moving-camera computer vision in autonomous machines and vehicles. A subset of machine learning, deep learning uses neural networks to build systems that can ‘learn’ through their own data processing.

Anna Scaife, professor of radio astronomy at the University of Manchester, UK, is building an AI system to automate radio astronomy data processing. Her aim is to reduce manual identification, classification, and cataloging of signals from astronomical objects such as radio galaxies, active galaxies that emit more light at radio wavelengths than at visible wavelengths. In 2019, Scaife was the recipient of the Jackson-Gwilt Medal, one of the highest honors bestowed by the UK Royal Astronomical Society (RAS). The RAS recognized a study led by Scaife, which outlined data calibration models for Europe’s Low-Frequency Array (LOFAR) telescope, the largest radio telescope operating at the lowest frequencies that can be observed from Earth (A. M. M. Scaife and G. H. Heald Mon. Not. R. Astron. Soc. 423, L30–L34; 2012). The techniques in Scaife’s paper underpin most low-frequency radio observations today.

TimnitGebru, a computer scientist and former co-lead of the Ethical AI Team at Google in Mountain View, California, recognizes the promise of such advances but is concerned about how they could affect underrepresented communities, particularly people of color. “My research is about trying to minimize and mitigate the negative impacts of AI,” she says. In a 2018 study, Gebru and Joy Buolamwini, a computer scientist at the MIT Media Lab, concluded that three commonly used facial analysis algorithms drew overwhelmingly on data obtained from light-skinned people (J. Buolamwini and T. Gebru. Proc. Mach. Learn. Res. 81, 77–91; 2018).

How to Switch from a Career in Data Science to Ethical Hacking? April 27, 2022
Dall-E 2’s Images are not so Delightful, Thanks to the Prevailing Bias April 27, 2022 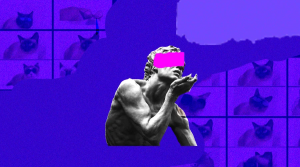