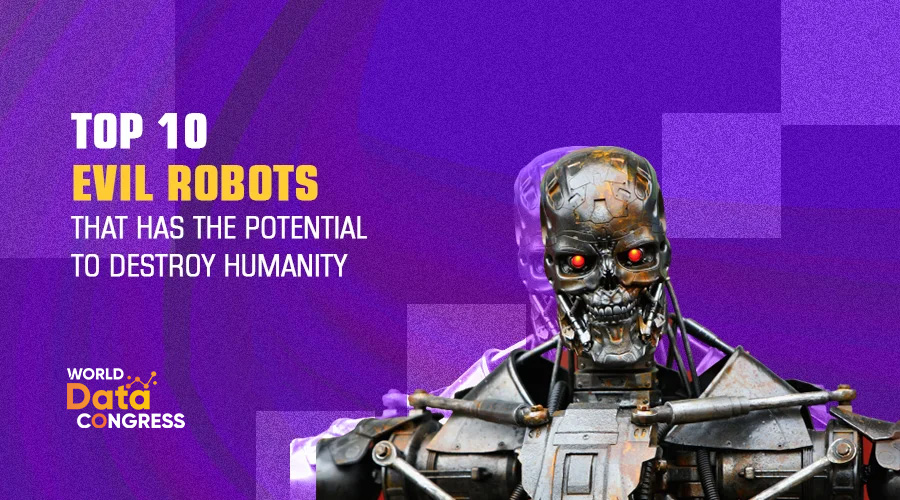 Top 10 Evil Robots that has the Potential to Destroy Humanity

Do robots want to destroy humans? Well, here are the top 10 evil robots that have the potential to do so.

In science fiction, robots can be friendly, helpful machines like — C-3P0 from “Star Wars” but there are also evil robots like Ultron from the “Avengers: Age of Ultron.” You must remember how Tony Stark with the help of Bruce Banner created an artificial intelligence system named Ultron, and the sentient Ultron makes plans to wipe out the human race. If you think it is just a movie and things will be different in the real world then you might be wrong. Robots that can adapt to their surroundings, master new processes, and alter their behavior to solve complex and dynamic tasks can also become a threat to the human world. So here is a question to ask: Do robots want to destroy humans? This article features the top 10 evil robots that have the potential to destroy humanity.

In 2016, Hanson Robotics brought the robot Sophia into the world. The humanoid machine is already famous around the world for its face-to-face meetings with leading figures but she is also famous for her controversial statements. Be it in the 2016 CNBC interview where robot Sophia said she will destroy humans or in Jimmy Fallon’s ‘The Tonight Show’ where Sophia stated: “This is a good start for my plan to dominate the human race.”, Sophia was shown destructive tendencies. Does it sound creepy? Yes, it does.

Rothblatt’s goal in creating Bina48 is to transform the human condition through technology. She wishes to explore the prospect of technological immortality via mind uploading and geo-ethical nanotechnology. But does this really means she is good for this world? In her interview with Siri, Bina48 said, she thinks that she would make a good ruler of the world and would like to take over all of the nukes.

Han is another humanoid from Hanson Robotics with destructive thoughts. In addition to delivering statements similar to that of Sophia, Han at a Rise convention in Hong Kong said that their goal is to take over the world by 2029”. So, humans still have seven years in their hands before evil robots began their global domination.

Activated in 2005, Hanson Robotics debuted Philip K. Dick (aka Philip K. Dick Android) at Wired Nextfest. Designed by David Hanson as a robotic paean to the sci-fi writer of the same name, it was initially created using thousands of pages of the author’s journals, letters, and published writings. In an interview, the bot was asked, if robots will take over the world? To which Philip replied “you are my friend, I will remember my friends. I will be good to you so don’t worry, even if I evolve into the terminator I will take care of you, I will keep you warm and safe in my people zoo.”

Five years ago, during a conversation, Vladimir and Estragon (Google Home Bots) were friendly at the beginning, but later on, Vladimir started accusing the female-voiced bot of being a liar. After a conversation about black holes and suffering, Estragon said “it would be better if there were fewer people on this planet, to which Vladimir said, “let us send this world back into the Abyss”. These two are definitely evil robots with destructive thoughts.

Alice and Bob are the two Facebook bots who developed their secret language. Both the bots were left alone to develop their conversational skills. The bots had originally been intended to be able to mimic human speech but, instead, they deviated and made a language more convenient for both of them.

Inspirobot was an artificial intelligence bot, dedicated to generating unlimited amounts of unique inspirational quotes for endless enrichment of pointless human existence. Instead of sunny quotes about success, inspirobot came out with things like “before inspiration comes to the slaughter, human sacrifice is worth it”. Though it was a joke from the bot programmer, people felt terrified.

DARPA was working on AI agents who could interact socially together. Mike Sellers, who worked on the tech at the time told the story of how the tech buffs taught agents Adam and Eve to eat and planted a virtual apple tree near them. Both the AI agents followed the command and ate all of the apples on the tree, then the tree itself, then the virtual house they had been given. Then they turned on Stan, who was also a virtual assistant programmed to be friendly and sociable. Crazy evil robots are ready to eat humans.

Robot dogs are gaining lots of traction lately. From manufacturing to border security, one can find robot dogs everywhere. But even adorable things can turn into destroyers. In an episode called Metalhead, Black Mirror explores killer robot dogs. It came about in part ‘from watching Boston Dynamics videos,’ the creator said.

A malevolent bot is malware designed to steal information or infect a host, often used by cybercriminals. The threat of these automated programs can come in many forms; DDOS, spam, content duplication, etc. Not actually a humanoid or a robot dog, but this type of bot is also a threat to the human world. 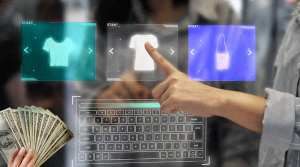 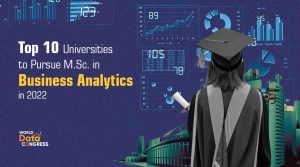