Top 10 Programming Languages to Study at College in 2022

Kotlin is used extensively for Android apps, web applications, desktop applications, and server-side application development. Kotlin was built to be better than Java, and people who use this language are convinced. Most of the Google applications are based on Kotlin. Some companies using Kotlin as their programming language include Coursera, Pinterest, PostMates among many others. Kotlin developers earn an average of US$136,000 a year, with the potential to earn up to US$171,500.

JavaScript is the most popular programming language for building interactive websites; “virtually everyone is using it,” Gorton says. When combined with Node.js, programmers can use JavaScript to produce web content on the server before a page is sent to the browser, which can be used to build games and communication applications that run directly in the browser. A wide variety of add-ons extend the functionality of JavaScript as well.

C++ finds use in analytics, research as well as in-game development. The popular game development engine – the Unreal Engine – uses C++ as the scripting language for all of the functionality one can define while building a game. C++ also finds extensive use in software development. C++ probably has the largest learning community among all of the languages. Most students would start their algorithms courses building trees, linked lists, stacks, queues, and numerous other data structures in C++. Naturally, it is quite easy to pick up and learn as well as easy to master if one pays attention to details.

Programmers mainly use PHP to write server-side scripts. But developers can also use this language to write command-line scripts, and programmers with high-level PHP coding skills can also use it to develop desktop applications. PHP is considered a relatively easy language to learn for beginning developers. PHP professionals have several dedicated online communities, making it easy to get support and answers to questions.

The most famous use of Dart currently is in the framework of Flutter, a language used for mobile app development. Dart is simpler to learn than JavaScript and manages to simplify even difficult-to-understand cases well. With TypeScript and Dart both in the market, programmers are spoilt for choice when it comes to choosing a language they want to pick up.

Java is probably the language that most people were introduced to as part of an introductory computer programming course in college or school. Java is the language used for teaching object-oriented programming to the masses. Java is also highly respected in the field of analytics and research. The only problem with Java is that there are very few support packages and projects for the language at present. There’s very little community involvement – something that most mainstream languages have. Despite that, Java is a language that is very easy to pick up and learn – partly explaining the appeal for the language.

In the realm of the iOS world, Swift is marketed as a go-to technology for app development. This programming language has knocked out Objective-C and sits comfortably in the top 20 in 2021. Swift requires fewer coding skills compared with other languages and it can be used with IBM Swift Sandbox and IBM Bluemix.

R is one of the computer programming languages used in the world of data science. Ruby is a well-known programming language, especially popular among start-ups. Such high flyers as Airbnb, Twitch, and GitHub were powered by Ruby. Its demand is bolstered on Ruby on Rails, which is a full-stack web application framework that fuels Ruby. 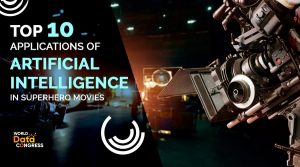 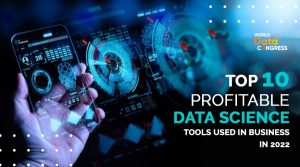