Check out the coolest uses of artificial intelligence in superhero movies

There are a bunch of different AI systems featured in the MCU that serve various purposes, each with its own distinct personality. Much like the main characters, no two AIs are exactly the same, even if they were created by the same person which usually happens to be Tony Stark. Here are the top 10 applications of artificial intelligence in superhero movies:

Wizey is a smart home system created by Tina Minoru and her tech company, Wizard, on Marvel’s Runaways. The system is installed in the Minoru household and runs security as well as gives them updates on things like news and weather. Since Tina designed the system, she has it set up so that she is identified as the Alpha user. This is so that she can come and go as she pleases in any location that has one set up, like the Yorkes’ residence and Wizard Headquarters.

Arnim Zola was one of the main villains of Captain America: The First Avenger, working along with Red Skull as a HYDRA scientist and using the tesseract to power weapons. Zola later reappeared in Captain America: The Winter Soldier when Steve and Natasha visited Camp Lehigh, where they learned that he began working for SHIELD shortly after his capture. The audience learns that Zola had created an algorithm for HYDRA to wipe out all potential threats. They also discover that Zola had his mind uploaded on 200,000 feet of databanks, turning himself into an Artificial Intelligence after learning he was dying. The AI was ultimately destroyed when the HYDRA members within SHIELD sent a missile to the Camp in an attempt to kill Steve and Natasha.

Griot is the Artificial Intelligence created and used by T’Challa’s younger sister, Shuri, in her lab in Wakanda. The AI helped Agent Ross remotely pilot the Wakandan Talon Fighter while pursuing and shooting down the three jets full of weapons that Killmonger was shipping out to London, New York, and Hong Kong.

Karen was the interface that was installed on the Spider-Man suit that was designed and given to Peter Parker by Tony Stark in Captain America: Civil War. However, it would only be unlocked in Spider-Man: Homecoming when Peter and Ned bypassed the Training Wheels Protocols. Her main feature was to allow Peter to easily select one of the 576 web shooter combinations, including taser and stun webs. She also gave him access to advanced surveillance features as well as an instant-kill mode, which allowed Peter to immediately murder anyone he touched – a feature he wouldn’t use until facing the outriders in Avengers: Endgame. She was last used by Peter when he was tracking Toomes and his men to the Ferry and was destroyed in Spider-Man: Far from Home during Mysterio’s final attack in London.

E.D.I.T.H., which stands for “Even Dead, I’m The Hero,” is the defense system given to Peter Parker in Spider-Man: Far from Home by Talos (posing as Nick Fury on behalf of Tony). The system is housed in a pair of sunglasses and can access several of the defenses of the Stark Industries Satellite, including several drones and missiles. Peter temporarily gave the glasses to Quentin Beck, believing him to be more deserving of them. However, Peter was able to take them back after defeating him in London, once again regaining control of the AI.

FRIDAY, which stands for Female Replacement Intelligent Digital Assistant Youth, was the artificial intelligence created and chosen by Tony Stark to replace Jarvis after he was uploaded into Vision in Avengers: Age of Ultron. Like Jarvis, FRIDAY can control the systems in various Iron Man armors and be used by Tony up until his death in Avengers: Endgame.

AIDA, which stands for Artificially Intelligent Digital Assistant, was created by Dr. Holden Radcliffe and made her first appearance at the end of the third season of Agents of SHIELD. She was the first step in him restarting the ‘Life Model Decoy’ program with the goal of her being uploaded into a synthetic form to be used in the field. Unfortunately, AIDA was eventually corrupted by the Darkhold, a mystic book containing ancient knowledge, and changed herself into an Inhuman before she was ultimately being killed by Ghost Rider.

Motivated by his nightmarish visions induced by Wanda Maximoff, Ultron was a peacekeeping program that was initially was created by Tony Stark, using the mind stone with the hope that it could replace the Avengers and fulfill the role they have in protecting the Earth. Unfortunately, Ultron quickly became corrupted and decided that humanity was the reason for Earth’s lack of peace. After his birth, he attacked Jarvis, escaped through the internet, created a body made of Vibranium, and took over the robots created by HYDRA. After trying and failing to access the world’s nuclear codes, he decided to raise the country of Sokovia and use it to destroy the Earth. While Sokovia couldn’t be saved, the Avengers were able to rescue the civilians and Wanda ripped Ultron’s heart out as revenge for him killing her brother. The last Ultron sentry was destroyed by Vision.

The first artificial intelligence ever featured in the MCU was the one created by Tony Stark before the events of the first Iron Man named JARVIS. JARVIS, (which stands for Just a Rather Very Intelligent System) was based on Tony’s former butler and his father’s old friend, Edwin Jarvis. JARVIS ran the security of Tony’s Malibu home and Stark Tower. In addition, JARVIS was also able to control all of Tony’s Iron Man suits. He was seemingly killed by Ultron but was later to have revealed to have survived when Tony learned that he was preventing Ultron from accessing the nuclear codes. Tony and Bruce then uploaded JARVIS into the Vibranium body, creating the vision.

First introduced in Captain Marvel, the Supreme Intelligence is the artificial intelligence ruler of the Kree Empire and is made up of the collective knowledge experiences of every Kree throughout history. It exists in its own mental dimension, where it has the ability to appear in different forms to different people, usually taking on the appearance of who the person most admires (which in Carol’s case was Mar-Vell). It can also induce memories and make those in the dimension relive moments of their lives, in addition to having several other powers like super strength and energy blasts. 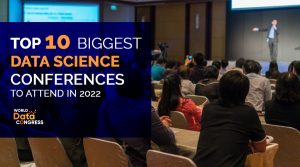 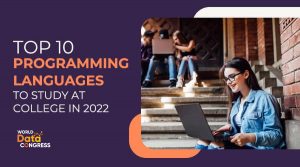